Right to Care Zambia is headquartered in Lusaka, Zambia, which is the base for our EQUIP, Boston University and SUpErCDZ projects.

We operate in 200 facilities, 32 districts, and three reference laboratories across the country, in both urban and rural areas. We also support projects in Eastern, Copperbelt, and Southern Provinces.


As part of the current EQUIP grant, our goal is to create strengthened health care systems in Luapula, Muchinga and Northern provinces, through sustainable and integrated interventions.

We have a decentralised technical team which operates from district hubs to provide support, supervision, technical assistance and roving teams. These teams are supported by a regional team based in Kasama Town.


To improve responsiveness and maximise impact, Right to Care Zambia has:

Northern Province covers approximately one sixth of Zambia in land area, with a total area of 77,650 square kilometres. It shares borders with two other provinces – Muchinga and Luapula, and also with two countries – the Democratic Republic of Congo in the north and Tanzania in the north-east.

The provincial capital is Kasama. The province consists of 12 districts. It is widely considered to be the heartland of the Bemba, one of the largest tribes in Zambia.

Notable landmarks in Northern Province include Lake Tanganyika, Lake Bangweulu, and the corresponding wetlands, Lake Mweru-wa-Ntipa, and a number of waterfalls including Lumangwe Falls, Kabwelume Falls, Chishimba and Kalambo Falls.

Luapula Province is named after the Luapula River and its capital is Mansa. The chief artery of the province is the Samfya-Mansa-Mwansabombwe-Nchelenge highway known informally as ‘Zambia Way’.

The province has an international border with the Democratic Republic of the Congo (DR Congo) and domestically extends along the northern and eastern banks of the Luapula River from Lake Bangweulu to Lake Mweru. The province is inhabited by the Bemba, who are the major tribe in the country.

Bemba is also the most spoken language in the province. Luapula is home to the Mutomboko ceremony, and major landmarks such as Lumangwe Falls, Mumbuluma Falls, Mumbotuta Waterfalls, Ntumba Chushi waterfalls, Kundabwika Waterfalls, and Chilongo Waterfalls.

Lusaka is the capital and largest city of Zambia. It is one of the fastest developing cities in southern Africa. Lusaka is in the southern part of the central plateau at an elevation of about 1,279 metres (4,196 ft). As of 2019, the city’s population was about 3.3 million.

Lusaka is the centre of both commerce and government in Zambia and connects to the country’s four main highways, heading north, south, east and west. English is the official language of the city administration, while Nyanja and Bemba are the commonly spoken street languages.

Copperbelt Province is a province in Zambia which covers the mineral-rich Copperbelt, and farming and bush areas to the south. The province adjoins Katanga province of the Democratic Republic of the Congo, which is similarly mineral-rich.

The main cities of the Copperbelt are Kitwe, Ndola, Mufulira, Luanshya, Chingola, and Chililabombwe. Roads and rail links extend north into the DR Congo to Lubumbashi.

Southern Province is home to Zambia’s premier tourist attraction, Mosi-oa-ya, shared with Zimbabwe. The population of the province is estimated to be over 1.853 million as of 2015. The province has the largest area of commercial farmland compared to any other province in the country and produces most of the maize crop.

Tonga is the most widely spoken language in the province. Other languages include Toka-Leya and Ila. Choma is the administrative centre of Southern province. Right to Care Zambia operates in Choma, Pemba and Kalomo districts in the province.

Eastern province lies between the Luangwa River and borders Malawi to the east and Mozambique to the south. The population of the province is estimated to be over 1.961 million as of 2018. The province has an area of 1,476 km2 and is divided into eleven districts.

The Luangwa Valley in Eastern Province has one of the best managed wildlife areas in Zambia. Languages spoken include Chewa, Nsenga, Nyanja, Tumbuka, and Ngoni. Chewa is the most widely spoken language in the province. Chipata is the administrative centre of the province. Right to Care Zambia operates in Nyimba district in the province.

Login to Right to Care
Reset Password
Enter the username or e-mail you used in your profile. A password reset link will be sent to you by email. 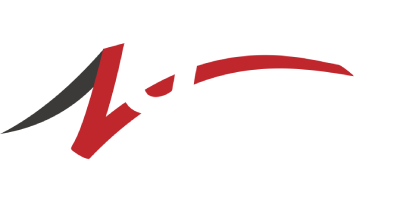